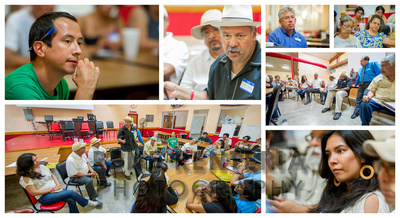 
It has been more than 40 years since a group of Chicanos stood up and said "Ya basta!" to a two party system that pretended to offer Chicanos public policy choices.