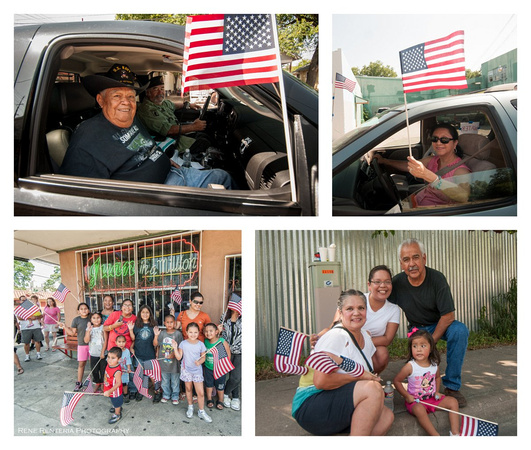 Here are scenes from the second annual Pre July 4th Parade in the Barrio held Sat. June 29, 2013. The event was held to honor soldiers and war veterans from the neighborhood (both living & deceased).